Brothers On The Line 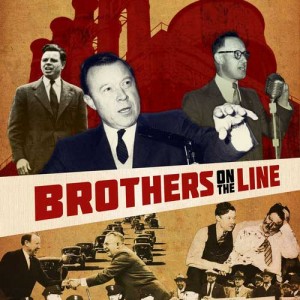 
Brothers On The Line: This acclaimed documentary feature explores the extraordinary journey of the Reuther brothers – Walter, Roy, and Victor – prolific labor statesman whose social justice movement, under the banner of the United Auto Workers union, transformed the landscape of a nation. Directed by Victor’s grandson, Sasha, and narrated by award-winning actor Martin Sheen, Brothers On The Linedeftly uses rare archive footage and stirring interviews in this in-depth study of one family’s rise from auto plant organizers in 1930s Detroit to leaders in collective bargaining, civil rights activism, and international labor solidarity. This influential and often controversial 40-year crusade would contribute to lifting millions of workers to a middle-class living and compel American democracy to live up to its promise of equality. www.brothersontheline.com
← The Lady in Question is Charles Busch Andiamo →
Skills Posted on